I have been playing with some new to me MFT stamps this weekend - my husband is proud to be a geek so their Geek is Chic set offer the chance to make some cards that he would appreciate! 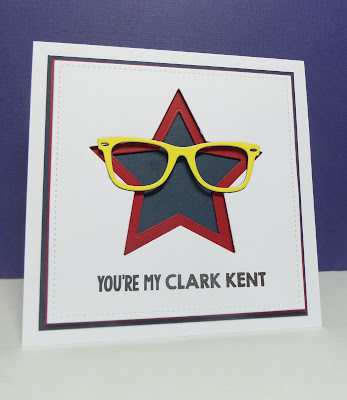 My hubby loves comics and super heroes so I thought he would like to be compared to superman :)  I die cut the star in several sizes and popped the MFT specs over the top.  I originally went for black but they didn't show up enough against the dark blue base. 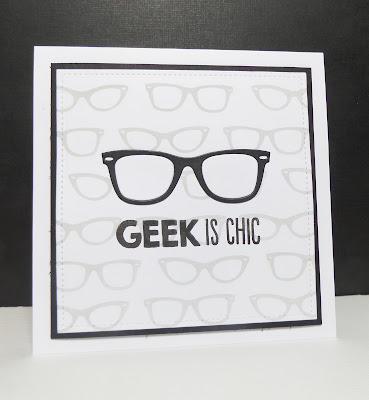 I stamped the specs in the background in pale grey and added a pair of die cut specs on top along with the sentiment.  Very simple but a good one for the guys.

I will link up at CASology where the cue card is Silly.  Hopefully these fun cards are silly enough :) 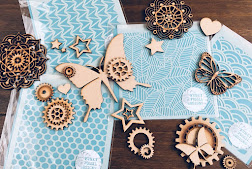